Our Minister and Staff

As of January 1, 2023, First Unitarian Church is without an active, full-time minister. By August, we anticipate having a full-time interim minister.

Meanwhile, the Worship Ministry is managing the pulpit supply. We have contracted with a local UU minister to provide pastoral care. The rest of the church staff is continuing in their regular functions, providing Religious Exploration classes, service and choral music, and weekday office coverage. 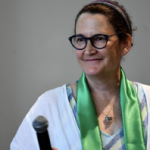 Loren was faith education coordinator for Wellington Avenue United Church of Christ in Chicago until she moved back to Louisville, her hometown, in 2010. She is a writer, an arts educator, a Kundalini yoga instructor.

Former chair of the drama department of Sacred Heart School for the Arts, Loren is very happily teaching drama at Walden School on Westport Road. Her special focus is creating original performance work with young people. She holds a B.S. in Theater Arts from Northwestern University and has completed all coursework for a Master’s degree in Liberal Studies, also at Northwestern.

Ethan is a classical pianist and choral conductor from Berea, Kentucky. He regularly accompanies instrumentalists, singers, and choirs throughout the Kentuckiana area. He also plays in large ensembles, in pits, performs solo and chamber music, and accompanies ballet classes at the Louisville Ballet School. He received both his bachelor’s degree in piano performance and master’s degree in choral conducting from the University of Louisville. Ethan has played piano at First Unitarian since the summer of 2013, and became the choir director in 2016. 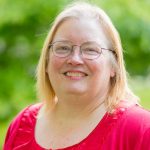 Barbara retired after teaching middle school for 25 years, followed by a year as a middle school librarian. In her free time, Barbara enjoys doing things with and for her eight grandchildren.