You can watch the sermon here. 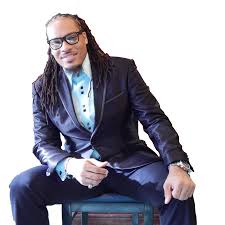 National political activist and organizer of Justice 4 the Next Generation, Rev. Gregory Drumwright, is one of America’s most promising rising public theologians and social justice organizers of this new decade. His work has been seen on CNN, ABC, FOX, NBC and featured in articles published by Forbes, The New York Times, Washington Post, Bloomberg and Newsweek as well as numerous international media outlets that have highlighted his leadership. He is a graduate of NC A&T State University, where he served as Student Body President and Wake Forest University. Through his ecumenical and community leadership across North Carolina and the United States, Drumwright is regarded as being “today’s voice for tomorrow’s generation”. His works as a faith leader, collegiate professor, millennial/Gen Z and a racial equity expert has garnered him various platforms to share his message of education, empowerment and encouragement to more than a million people since he began his public speaking career. Rev. Drumwright’s local parish, The Citadel Church, in Greensboro, NC, has become a case study for attracting large millennial audiences, despite a sharp decline in religious practice across all church denominations.Among the many doors opened to him, Greg cherishes being a three-time musical concert guest performing in the White House, a commencement speaker from elementary to collegiate stages, and an internationally traveled proliferator and activist. Drumwright’s reach has proven to be ecumenical, building the beloved community, indiscriminate of race, religion, gender, orientation and social status. His message of non-violence and reconciliatory practice has garnered him various platforms to share his message of education, empowerment and encouragement to multigenerational audiences, corporate entities and public establishments. Currently, and alongside his pastoral duties, he serves as a professor of Public Speaking and Human Communication at High Point University, and the Senior Principal Consultant for L.E.A.D. (Leadership Enhancement and Academic Development), while preparing for his sophomore record release: Songs of Justice, Reconciliation and Peace.Gregory has received numerous local, state, and national awards for his service and humanitarianism. In December 2020 he was the recipient of the Lawyers’ Committee for Civil Rights Under Law Frank R. Parker Award, a national commendation, for his leadership courage and perseverance as a national political activist and justice organizer. In 2018, Governor Roy Cooper conferred the Old North State Award upon him for more than 20 years of community work and appointed him to serve on the NC Courts Commission as the only non-attorney/non-legislative representative for NC citizenry. Upon the commission, Greg has become a vital voice in shaping policies pertaining to Criminal Justice Reform and new laws prohibiting the use of underage vaping. In February 2020, Black Business Ink magazine honored him as one of the Top 40 under 40 most influential African American leaders, as a result of his continuing work for equity and justice in the community and higher education.