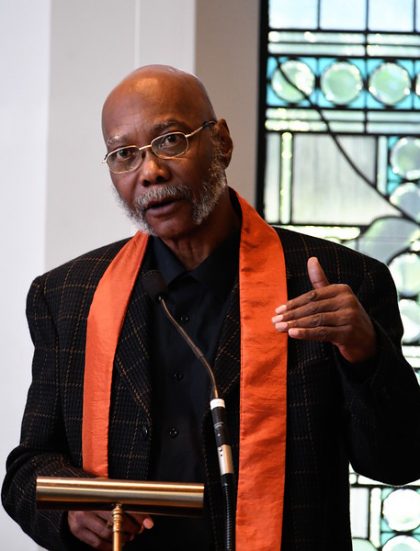 For a recording of the entire WONDERFUL service, click here.

In pulpits across the US on Jan. 17, many will be lauding the memory of Martin Luther King Jr. And he certainly deserves the plaudits. But did you know that many UU ministers and congregants worked with him in the 1965 marches in Selma, Birmingham, and Montgomery? And that a UU minister as well as other UUs died in the fight for civil rights for our Black brothers and sisters?  On the weekend that the nation celebrates the brave leadership of Martin Luther King Jr, we take the time to revisit a controversial honor that the UUA bestowed on Dr. King, and the blessing he returned to us on May 17, 1966, when he presented the Ware Lecture at our annual General Assembly. First U member and dramatist Michael Tee will present an excerpted version of “Don’t Sleep through the Revolution”, the speech Dr. King gave that day. In many respects, his lecture speaks as true to today’s issues as it did that day in May.