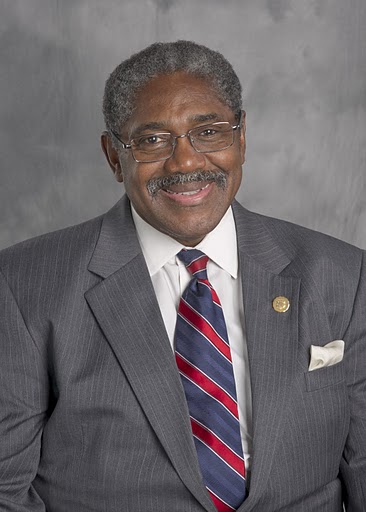 Charlie E. Hardy is a scholar at Alabama State University. He was 15 years of age when Dr. Martin Luther King, Jr.was called to Montgomery to become the Pastor of The Dexter Avenue BaptistChurch. His parents were active in civil rights and were leaders and  activists in Montgomery. Charlie experienced firsthand how the lives of 50,000 people in Montgomery were transformed under Dr. Kings’ leadership. Inspired by Dr. King, Charlie became an “Agent of Change” as the first African American to be appointed by Metropolitan Life Insurance Company in the State of Alabama in 1969.
On this Sunday Professor Hardy, in conversation with Rev. Lori, will journey through his childhood during the Civil Rights Movement as he shares stories about Dr. King and how Mrs. Rosa Parks impacted the Montgomery Bus Protest. He will also share how lessons of the Movement (trust, dignity, courage, competence, and ingenuity) shaped his life’s work and achievements. Professor Hardy will also address the recent award-winning New York Times 1619 Project, as well as draw parallels between the civil rights movement in the 50’s and 60’s and the current day resurgence of civil rights activism, including First U’s sanctuary ministry.
A link to the sermon –
https://www.dropbox.com/s/h8klh7zipfbyfpg/2020-10-18-RevLori-ProfCharlie.mp4?dl=0
Section Navigation