– in person and on Zoom.  An exploration of goodness and hope in the midst of cruel immigration injustice. 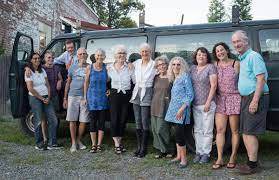 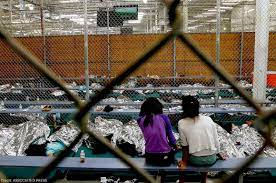 Pastor Sharon Kutz Mellem is a retired Presbyterian pastor who has a lifetime of experience in the Social Justice arena.  In the 90′s her focus shifted from housing injustice to welcoming the many immigrants that were coming into the Louisville area. In 2018 during the Trump administration‘s cruel Zero Tolerance immigration and family separation policies, she traveled with a hastily assembled group of concerned people from all over the country to witness the treatment of immigrants seeking asylum at our Southern border. This group became Grannies Respond/Abuelas Responden of which Sharon is a founding member.

Helpers at the border observed that there was a need to aid asylum seekers traveling north to their sponsors with nothing more than the clothes on their backs. Grannies Respond Kentucky was formed in August of 2018  to meet asylum seekers traveling through the Louisville bus station with baby supplies, warm clothing, food, and assistance in understanding complicated bus schedules. In one year more than 12,000 migrants experienced what Welcome really looked like in the United States of America. Sharon is exploring the possibility of writing a book about her family’s experience of living with and supporting, from 2018 until now, a young asylum–seeking mother and her child.