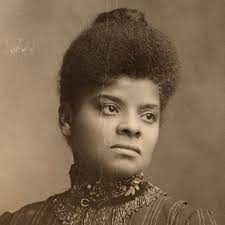 Ida B. Wells-Barnett was a prominent journalist, activist, and researcher, in the late 19th and early 20th centuries. In her lifetime, she battled sexism, racism, and violence. As a skilled writer, Wells-Barnett also used her skills as a journalist to shed light on the conditions of African Americans throughout the South.

Wells-Barnett traveled internationally, shedding light on lynching to foreign audiences. Abroad, she openly confronted white women in the suffrage movement who ignored lynching. Because of her stance, she was often ridiculed and ostracized by women’s suffrage organizations in the United States. Nevertheless, Wells-Barnett remained active the women’s rights movement.

She leaves behind a legacy of social and political activism. In 2020, Ida B. Wells was awarded a Pulitzer Prize “for her outstanding and courageous reporting on the horrific and vicious violence against African Americans during the era of lynching.”

Michael Tee has been a member of First Unitarian Church in Louisville since 2014, coming to us from a Unitarian Church in Cincinnati.   He is an actor, playwright and director who will be presenting scenes from his play about civil rights icon Ida B. Wells.